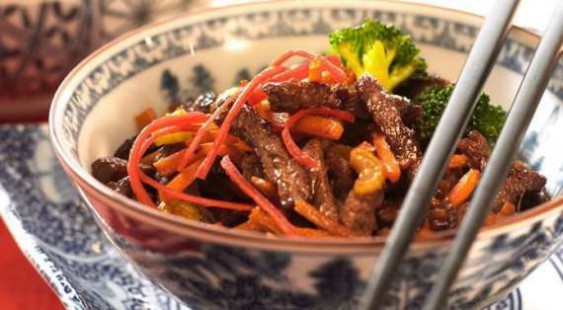 You know you should savor your dinner slowly at the kitchen table, but honestly, it's so much more fun to eat it in front of the TV. But if you're trying to lose weight, forcing yourself to focus on your food instead of the Knicks game can pay off in a pretty huge way.

New research that looked at multiple studies on mindful eating found that participants ended up losing weight in every. Single. Study. Not only that, but people usually continued to drop pounds over a follow-up period.

That's key, say researchers, because while most people can lose about five percent of their bodyweight by following a healthy eating plan for a few months, they'll typically gain it back. But not if they're making an effort to eat mindfully!

But, again: Knowing you should do something and actually doing it are two different things. Luckily, lead study researcher Carolyn Dunn, Ph.D., has a handy doc called called "12 Mindful Eating Strategies” she gives people who want to lose weight and keep it off.

While these tips weren’t part of the latest paper promoting mindful eating, they definitely give some solid advice. Here are some examples:

1. Load up your plate with plant-based proteins, like beans. They're super filling, so it's harder to over-eat.

2. Challenge yourself to make meals last at least 20 minutes. Slowing down helps you get in touch with your hunger and fullness cues—and if you look at it as a game instead of a mandate, you'll be able to have more fun with it. Some strategies that can help you get there: putting down your fork between bites and starting with a smaller serving than you'd normally get (you can always grab seconds if you're still hungry later).

3. Ask yourself if you want to eat because you’re stressed before you dive face-first into a bag of Cheetos. If you are, that's totally normal! But maybe try something else first—like yoga, journaling, or even just taking a few deep breaths—to see if that helps.

4. If you’re planning to splurge on a treat, make it something you really love. Make sure to savor each bite and stop when you're not really enjoying it anymore. The most pleasure usually comes from the first bite, so you may not even need to eat the whole thing to feel satisfied.

5. Don't eat when you're working, reading, or watching TV. No way around this tip. It'll take some practice and may feel weird at first, but it'll become easier with time.